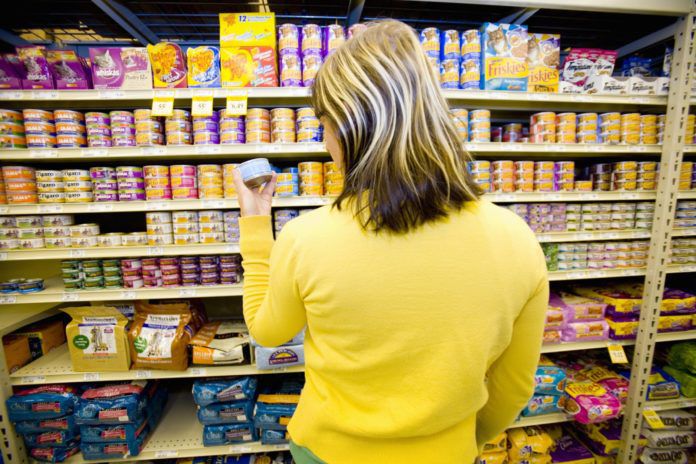 Recently, Lemon — a 14-year- old spayed female domestic shorthaired cat — presented to my cat hospital for weight loss and inconsistent appetite. One day she would eat normally. The next day, she would unenthusiastically pick at her food. I asked her owner if Lemon was also showing increased thirst and urination; but I was told no — that her thirst and urination were normal.

There was no coughing or sneezing, although there was an increase in vomiting; she used to vomit about once every two weeks, but now it was roughly once every four days. There was no diarrhea reported. I asked if Lemon was unusually lethargic, but her owner reported no: that the cat was her normal quiet self.

The last time I had examined Lemon was about 18 months prior, and she had received a clean bill of health. At that time, she weighed 12 pounds, eight ounces. Today, she weighed nine pounds, two ounces — a significant drop in body weight (27 percent). Except for very waxy ears and some mild dental tartar, everything checked out fine, except for the worrisome weight loss.

Chronic kidney disease, hyperthyroidism and diabetes are a few of the common illnesses that cause weight loss in elderly cats. Fortunately, these conditions are usually easily diagnosed by simple laboratory tests. I recommended to her owner that we run a “senior profile” — a complete blood count, serum biochemistry panel, thyroid level and urinalysis to assess Lemon’s general health.

I called the owner with the results the following day: They were frustratingly normal. I explained to Lemon’s owner that because we were are able to rule out the common illnesses, the most likely cause for Lemon’s weight loss, mediocre appetite and increased vomiting was some type of gastrointestinal issue.

Moving toward a diagnosis

I felt this could be inflammatory bowel disease (IBD) or perhaps even low-grade lymphosarcoma (LSA), a slow-growing type of cancer. Her owner asked how we go about making a definitive diagnosis. I explained that an abdominal ultrasound could provide a lot of information about the gastrointestinal tract, and that depending on the findings, we might need to do endoscopy or possibly surgery to get the biopsy specimens that would give us a definitive diagnosis.

“Isn’t there a blood test that could tell you one way or another?” asked the worried owner. I told her: “Unfortunately, there’s no simple blood test that gives a definite answer. But measuring your cat’s cobalamin level might steer us in the right direction.” Lemon’s owner readily agreed to the test.

Once ingested, dietary cobalamin makes its way through the cat’s stomach and the duodenum (the initial part of the small intestine), where it eventually binds tightly to “intrinsic factor” — a protein made by the pancreas. When the cobalamin-intrinsic factor complexes reach the ileum (the final part of the small intestine), specialized receptors in the wall of the ileum bind the complexes, and the cobalamin is absorbed.

However, the ileum is commonly affected in cats with gastrointestinal disease. If the intestinal tract is diffusely infiltrated with inflammatory cells (as we typically see in inflammatory bowel disease) or with small cancerous lymphocytes (as we see in low-grade lymphosarcoma), the cobalamin receptors in the ileum will be destroyed, impairing the ability to absorb cobalamin. This will result in a low level of cobalamin in the serum.

Although cobalamin deficiency indicates reduced uptake of cobalamin from the small intestine, it doesn’t specifically signify any one particular intestinal disorder. Also, because cobalamin absorption is dependent upon proper production of intrinsic factor by the pancreas, it is necessary to rule out pancreatic dysfunction before attributing the deficiency to gastrointestinal disease.

Thus, in addition to the cobalamin test, I also ran a trypsin-like immunoreactivity (TLI) test on Lemon. This test determines whether the pancreas is capable of producing digestive enzymes and proteins like intrinsic factor. If the TLI test were to come back low, it would suggest that the pancreas was having trouble making enzymes, as well as intrinsic factor.

Lemon’s TLI test came back normal, but the cobalamin level was very low. Therefore, a gastrointestinal disorder was likely the cause of Lemon’s deficiency.

Why cobalamin is important

In a study that investigated the effects of cobalamin supplementation on cats with severe cobalamin deficiency, most cats that received supplementation gained weight, and signs of gastrointestinal disease — such as vomiting and diarrhea — improved in about 50 percent of the cats receiving supplementation.

Given Lemon’s low cobalamin level, her owner agreed to the additional diagnostics discussed earlier. Abdominal ultrasound revealed enlargement of the lymph nodes associated with the intestines. Increased thickness of the wall of the small intestines was also noted, and these findings supported our original suspicion of an infiltrative GI disease, such as IBD or LSA. The liver, pancreas, spleen and other abdominal organs appeared normal.

Endoscopy was performed after the ultrasound, and multiple biopsy specimens were obtained from the stomach and duodenum. The diagnosis: inflammatory bowel disease.

For her IBD, Lemon was prescribed the anti-inflammatory drug prednisolone, in tapering doses, until the lowest level that controlled the condition was reached. The cobalamin deficiency is treated with injections. Dosage recommendations vary, but most cats are given an injection under the skin once a week for six weeks, and then every other week for three more weeks, at minimum. After that, the dosage frequency can be tapered further.

Because cats with severe gastrointestinal disease are likely to become depleted of cobalamin over time, regular monitoring of the cobalamin level is prudent so that ongoing deficiencies can be addressed and corrected.

Lemon responded well to the prednisolone, gaining nearly all of her weight back, with a dramatic decrease in vomiting. Her cobalamin level returned to normal after the initial six injections. We now check her level every six months, and supplement when appropriate.

Gastrointestinal disease can result in decreased levels of a variety of micronutrients, like vitamins and minerals, with significant consequences. Measuring the serum level of cobalamin is helpful in the detection of gastrointestinal disease and helps to guide the therapeutic protocol, affecting the overall prognosis. — Arnold Plotnick, DVM, DACVIM