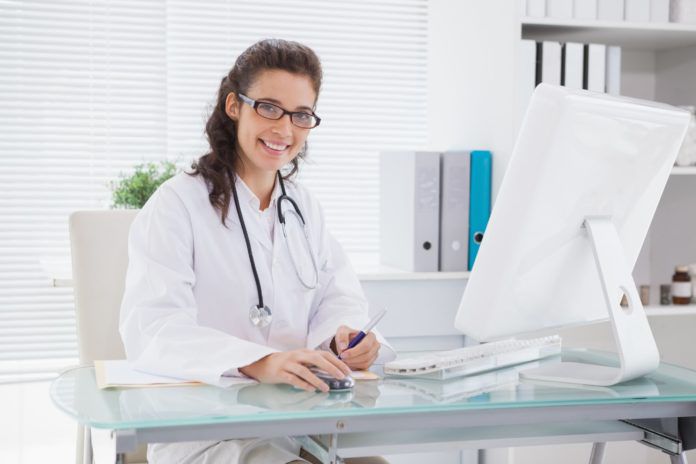 Chronic kidney disease (CKD) is a very common cause of illness in cats, especially older animals. Previous studies estimated that one in three cats are likely to develop kidney disease during their lifetime. A recent study in cats has shown the prevalence of CKD to be even higher than formerly believed, however — with 50 percent of cats of all ages, and up to 81 percent of cats aged 15 years and older, being afflicted.

The reason for the revision in these numbers is the development of a new test that can detect kidney impairment much earlier than before. The SDMA test is a breakthrough that the veterinary community has been hoping and waiting for with great expectation.

Diagnosing CKD in cats has been relatively straightforward — once the disease is in its later stages. Typically, aging cats begin showing clinical signs of CKD such as increased thirst, increased urination, decreased appetite, weight loss and increased nausea or vomiting.

The significance of azotemia
Upon examination, a veterinarian will likely perform a few standard blood and urine tests, the most informative being a serum biochemistry profile and a urinalysis. The biochemistry profile may show “azotemia,” which is an increased level of waste products (primarily creatinine, a breakdown product of muscle) in the bloodstream.

The urinalysis usually reveals a loss of urine concentrating ability. In other words, the urine is more watery than normal. This combination of azotemia and poorly concentrated urine confirms that the cat has CKD.

Cats are very good at producing concentrated urine. As they lose the ability to manufacture concentrated urine, cats will begin to drink more and urinate more. However, cats seem to be able to maintain their urine concentrating ability pretty far into the disease process. By the time they start to show signs of weakening kidneys (excessive thirst and urination, and subsequent watery urine), about 66 percent of kidney function is compromised.

The progression of CKD
In many cases, this occurs gradually, and cat owners often fail to notice these initial signs. If the serum biochemistry panel reveals azotemia, this means that not only does the cat have CKD — but now at least 75 percent of the kidney’s filtering ability is compromised. This bears repeating: By the time we can detect an impairment of the kidney’s filtering ability on our routine blood tests, there is already a 75 percent reduction in kidney function.

Sadly, CKD is incurable. Once the diagnosis is made, the focus is to delay the progression of renal failure, improve the cat’s quality of life and extend a cat’s survival time through a variety of diet and drug interventions. It was always believed by veterinarians that it would be ideal if we could recognize cats with early kidney disease before they developed azotemia. Now, that day has come.

The gold standard for measuring kidney function has always been to measure the “glomerular filtration rate” (GFR). This is an indicator of how effectively the kidneys are filtering the toxins from the blood. However, it is cumbersome and impractical to measure GFR routinely in a veterinary practice. Instead, veterinarians have historically used the level of creatinine in the bloodstream to approximate the GFR. Unfortunately, as mentioned above, creatinine does not increase until 75 percent of the filtration ability is lost.

Understanding SDMA
Symmetric dimethylarginine (SDMA) is a methylated form of the amino acid arginine, a breakdown product of protein that is excreted by the kidneys. The SDMA levels in the bloodstream correlate closely with GFR. Therefore, as the kidneys start to lose the ability to filter, the SDMA level will rise.

Therefore, the key advantage of the test is that the SDMA levels rise earlier than creatinine. In fact, a study of 21 cats revealed that SDMA increases, on average, when there is a 40 percent reduction in filtration ability. In some cases, SDMA rose with as little as a 25 percent reduction in filtration. This translates into being able to detect a decline in kidney function approximately 17 months earlier than a rise in creatinine — allowing for a significantly earlier diagnosis of CKD.

Currently, the test is included as part of every chemistry panel run by the IDEXX company. Veterinarians who do not use IDEXX as their primary diagnostic laboratory can run the test separately from Idexx for a small fee. (Owners should typically anticipate an extra cost of $35 to $40.) And because the test can detect renal disease months or even years before it becomes apparent on the standard blood tests, experts feel it’s a good idea to start testing cats around the age of six.

What are the implications of being able to diagnose CKD so much earlier than before? As with all medical conditions, early detection is key to increasing the chances of successful treatment. As noted above, if an underlying cause for the kidney disease can be discovered, it may be possible to slow or halt the progression of the disorder. Cats with an elevated SDMA should have a urine culture performed promptly if there is any suspicion at all that a urinary tract infection may be present. Bacteria in the bladder may ascend up the ureters, resulting in pyelonephritis, an infection of the kidneys.

Discovering this early — and addressing the infection — may reverse some of the damage to the kidneys and help prevent progression of the CKD. Ultrasound and/or X-rays should be considered, as these tests might reveal the presence of stones in the ureters or the kidneys. Again, early detection may allow for surgical or medical intervention, thus improving the prognosis.

Management strategies
In addition to identifying and treating any underlying causes of CKD, there are other management strategies for cats with CKD that have proven beneficial in slowing the progression of the disorder and improving quality of life. Dietary therapy is the cornerstone of long-term management of feline CKD. The benefits of feeding a prescription diet — one that is restricted in protein, phosphorus and sodium — have been well documented.

There is still debate on exactly when to start feeding these diets, but most researchers believe that earlier may be better because transitioning to a new food will likely be more successful when the cat’s appetite is still good.

Prompt dietary adjustments
Because the SDMA test allows for an earlier diagnosis of CKD, dietary alterations can therefore be made promptly. A low potassium level (hypokalemia) is a common finding in cats with CKD, and hypokalemia contributes to the progression of CKD. Kidney function improves when low potassium levels are restored using oral supplementation. Potassium levels should be regularly monitored in cats with CKD, and adjustments made when appropriate.

CKD is an extremely common condition in cats, and the prevalence increases with age. Incorporating the SDMA test — along with a standard serum biochemistry panel — may facilitate the early diagnosis of CKD in cats. Once identified, the swift investigation for an underlying cause may lead to more effective treatment options, slowing the progression of CKD and extending the life of affected cats. — Arnold Plotnick, DVM, DACVIM