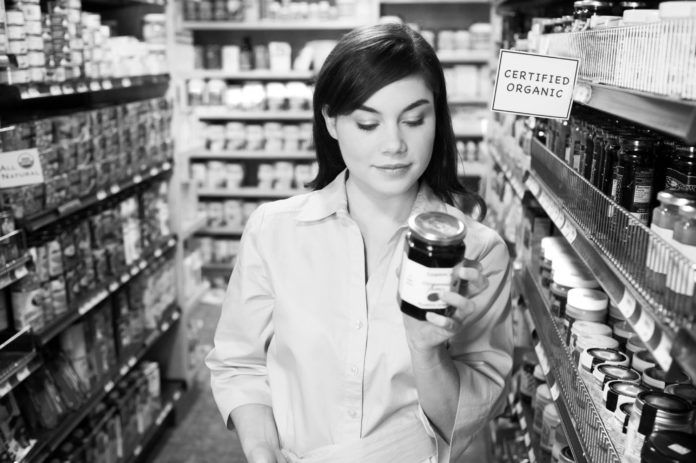 Have you tried a probiotic on your cat to see if it would “settle her stomach” and relieve either constipation or diarrhea? If so, did it work?

If not, veterinary researchers aren’t surprised. The evidence behind currently marketed probiotics, supplements that contain supposedly “good” bacteria to help an overactive or “sensitive” gut adjust, is “pretty limited,” says J Scott Weese, DVM, DVSc, DACVIM, an internationally renowned microbiology researcher at the Ontario Veterinary College in Canada’s University of Guelph. Adds Jan Suchodolski, PhD, DACVM, another heavy hitter in the field, while there are “many studies in humans, in cats there are only maybe a handful. We just don’t have good clinical research.”

Moreover, comments Dr. Suchodolski, who serves as associate director of the Gastrointestinal Laboratory at Texas A&M University’s Department of Small Animal Clinical Sciences, “the quality of most products for sale is very poor.”

When Dr. Weese analyzed 25 probiotics available in regular retail outlets, 10 did not even list the bacterial counts in their merchandise. Of the 15 that did, only one in four actually contained what the label said. Some products mentioned that they contained bacteria that don’t exist; that is, they made up or misspelled bacterial names.

Other problems: no growth of the bacteria supposedly in the supplements, bacterial counts that were too low to effect any beneficial change in the gut and no expiration date. In the end, only two products out of the 25 met the criteria Dr. Weese looked at for quality control. His research was peer reviewed and published in the Canadian Veterinary Journal.

“A huge problem is that without FDA regulation, anybody can throw anything on a label, and it may or may not have something to do what’s inside the bottle you just paid $40 for,” says Craig Webb, PhD, DVM, DACVIM, the head of the Small Animal Medicine Section At Colorado State University’s Veterinary Teaching Hospital.

Why Standards for Probiotic Marketing Are Lax

No FDA regulation? Not really, or at least not in a way that becomes terribly meaningful for consumers. In the United States, probiotics are considered what’s called a nutraceutical rather than a drug; They are over-the-counter supplements. So the standards for getting them to market are comparatively lax. It’s essentially an “unregulated industry,” says Dr. Weese, “which makes it ‘buyer beware.’ Some products contain what they say they do, and probably most don’t.'” The marketing is way out in front of the standards for good manufacturing and clinical research.

It’s different in Europe, explains Dr. Suchodolski. “In the European Union,” he says, “the term ‘probiotic’ has even been banned from marketing. The countries in the EU say the term has become so branded that in itself it implies a health benefit even if one hasn’t been proven. And in the last five years, only a handful of probiotic products have been approved for sale to the public because of insufficient proof of their health claims.

It’s the same for products marketed on this continent. There are no published studies demonstrating a positive health effect for most commercially available products. When companies say a product works, ‘It kind of presents results extrapolated from other products — products used in clinical studies but not the one they are selling,” Dr. Suchodolski says.

It often comes down to specific bacterial strains. When researchers examine possible effects of certain bacteria, they are looking at specific bacterial strains — and the strain in a product on the market may have nothing to do with the strain used in scientific research that showed a benefit. It’s like holding up a grapefruit and saying it’s a lime because they’re both citrus fruit.

So Are Probiotics A Bunch of Hooey?

With so much lacking as far as the probiotics on the market, you might be asking yourself whether there’s any legitimate scientific inquiry into the possible benefits of probiotics at all. The answer is yes. It has now been shown that there are about 100 trillion bacteria in the mammalian GI tract, and they are made up of about 1,000 or more different species, each with very particular strains. And “there are some bits and pieces of evidence that probiotics might work” in ameliorating certain gastrointestinal, shall we say, “situations.”

The basic thrust is that if you flood the gut with hundred of millions of “good” bacteria, if not more, they crowd out so-called bad ones or change the ratio of various microorganisms so that the large intestine has an easier time passing fecal waste through — not too slow, not too fast.

When scientists look at possible applications for bacteria they believe may be turn out to prove beneficial, they isolate specific strains and first test them in vitro (meaning in test tubes or petri dishes), then perhaps in small laboratory animals such as mice, and then in larger mammals, like cats or people.

But there are caveats — lots of them. One, says Dr. Suchodolski, is that “nothing is guaranteed. Every single individual, whether a cat or a person, is different. We all have similar groups of bacteria in our GI tracts, but the proportions are somewhat different.” So if you want to give something to regulate your pet’s bowel movements, the response is going to differ from pet to pet. And in no case does it appear that the response will be great in magnitude.

“While clinical studies have shown statistically significant improvements,” Dr. Suchodolski explains, “the effect may be on the order of something like 10, 20 or 30 percent.” Thus, even if your cat responds 30 percent better than he would on a placebo, that very well might not always look like a huge improvement to most pet owners.

Another issue is that so much of the research has been conducted on people and then extrapolated to make recommendations for cats, even by the few reputable companies who make probiotic products with good quality control. There’s very, very little on probiotic therapies for cats with various GI issues — or even whether they work as well as some appear to in humans.

Complicating the matter more, for any species, is the fact that it’s often not clear what has caused a cat to have diarrhea — an infection, a food that had a contaminating bacteria, something else? It’s not always easy to work backwards from a problem to a solution if you can’t ascertain the origin of the problem.

Even with so many causes of GI problems, though, and so many other variables, none of the researchers we talked to are completely against cat owners’ trying certain products on the market.

Perhaps the “strongest evidence,” says Dr. Suchodolski, is for “stress diarrhea. If you know your cat is going to be boarded,” for instance, and that causes him a lot of stress that leads to loose, runny stools, it is not unreasonable to consider administering probiotics to him. “Preventative is probably better” than “during,” he adds. “If you can anticipate a stressful event, start giving the supplements a few days to a week ahead.”

For an acute onset of diarrhea not related to stress, Dr. Suchodolski advises perhaps trying a probiotic on a cat either “that day or one day later.” The bacterial counts in the gut need to be affected as soon as possible after the problem is detected. It takes time for the intestine to respond to the change in bacterial ratios.

There are also “some bits and pieces of evidence” that probiotics might work for constipation, Dr. Suchodolski says. For chronic diarrhea, as opposed to diarrhea brought about by stress or an acute bout that comes and goes, studies have shown an effect in cats (but not dogs).

Dr. Weese agrees that giving probiotics to a cat who is having problems with bowel movements is a not unreasonable idea — as long as you have gone to your veterinarian to make sure the cat’s GI upset isn’t due to something that can be traced with traditional diagnostics and fixed with medical therapy. The “limited evidence” for a beneficial effect from probiotics may make them worth a try, he says.

For the better products out there, he comments, “while we still don’t have really good data on how they work and how well they work, at least we know the bacteria are going to make it into the cat,” past the harsh acid in his stomach and into the intestine. And, he adds, “probiotic therapy is in general very safe unless the cat is a newborn” with an immature immune system. The “downside is money,” he comments. “To a certain degree you have nothing to lose but a few bucks.”