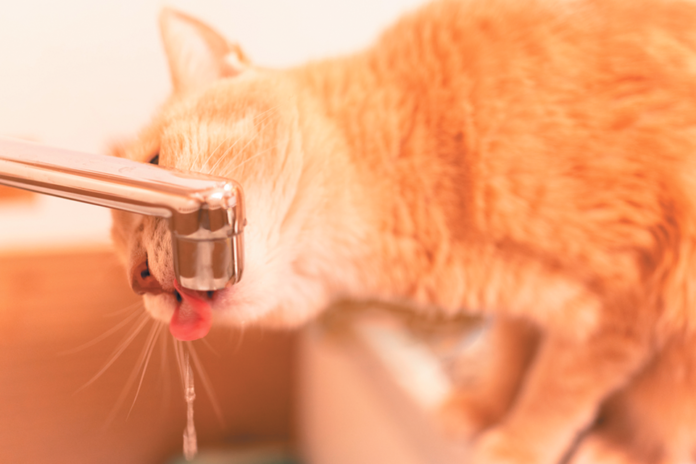 “It is always something of a financial challenge having a diabetic pet,” says Orla Mahony, DVM, a veterinarian at Tufts’s Foster Hospital for Small Animals. Frequent monitoring of the cat’s blood sugar at the veterinarian’s office to be certain it remains in the correct range is in itself a significant but important expense for avoiding organ damage and other complications of diabetes.

The insulin can be expensive, too, depending on what type your pet needs. Some insulins on the market today cost $300 to $400 for a vial with 1,000 units. That’s enough to last most cats for a good three to four months, but it means an extra $100 a month or so, and “that’s certainly a big issue if it’s not covered by insurance,” says Dr. Mahony, who specializes in diabetes and other hormonal diseases, which fall under the heading of endocrinology.

The necessary commitment to a lifestyle change can be daunting as well. Ideally, a cat with diabetes will get his shot approximately every 12 hours, with a margin of no more than an hour or two in order not to interfere with blood sugar regulation. If you have to stay late at work one night or like to sleep late on the weekend, it can throw everything off.

But there’s a silver lining when it comes to diabetes in cats. While dogs are more likely to develop incalcitrant type 1 diabetes, cats tend to get type 2, which can be influenced by lifestyle. In fact, by one estimate, as many as 60 percent of cats are able to go off their insulin with the right changes put in place.

A change in diet is one of the strategies

Risk factors for diabetes include aging, lack of exercise, and conditions such as pancreatitis. Some medications can also be factors, says Deborah Linder, DVM, a board-certified veterinary nutritionist who is head of the Tufts Obesity Clinic for Animals. But generally speaking, a dietary change is a necessary component of a plan to treat the illness.

A therapeutic diet available only by prescription from your veterinarian is the way to go. There’s too much at stake to wing it. For instance, cats with diabetes should eat diets that are lower in simple carbohydrates, as they can be absorbed too quickly and lead to spikes in blood sugar. That means looking at foods that are either lower in carbohydrates altogether or considering diets with more complex (as opposed to simple) carbohydrates and fiber. Diets with lower carbohydrates overall have a higher proportion of calories from protein and fat, but that could actually cause the food to have more calories if it is not formulated carefully, and many diabetic cats are overweight and should be on a lower-calorie regimen. Those potential complications are why consulting a veterinarian is so important. Moreover, some cats simply will not accept a higher-fat, higher-protein diet, and a veterinarian is needed to come up with a dietary solution so the pet will not lose too much weight by refusing to eat.

In such cases, or if a cat is simply not responding to lower carbohydrates, Dr. Linder will try putting a cat on a high-fiber diet. “Fiber has carbohydrates, which generally speaking can make blood sugar spike, but fiber is more complex than other carbs and gets absorbed more slowly, working through the system more easily and not with a quick shot of blood sugar but a gradual increase,” says the doctor. In addition, high-fiber diets help with weight loss because fiber is lower in calorie density and helps to make a cat feel full, so the change has a double-barreled effect.

Alterations not just in food but in feeding rituals

Because cats are notorious for picky eating, many are fed on demand throughout the day. But for a cat with diabetes, an owner should put down half the day’s food allotment before each of the two daily insulin shots. It helps regulate things even if the cat doesn’t eat all the food at once.

Also important to consider is that some cats are neophobic, meaning they don’t like to try new things. In such instances, Dr. Linder recommends patience — and trickery. New foods should be introduced surreptitiously. You can literally add just one or two pieces of the new kibble to the cat’s old diet, switching out new for old little by little until the new kibble is all the cat is eating.

Fortunately, cat food manufacturers are now coming up with diabetic versions of their foods that are more like the food your cat was accustomed to pre-diagnosis, in that they have, say, chunks or come with gravy. It’s an important advance. For many cats to be happy with their new food, it means the kibble should be the same texture and have the same shape, which influences mouthfeel. A square form that a cat is accustomed to suddenly changed to round kibble might feel all wrong to a cat’s sensitive palate.

Taking care to make sure the switch is as close a match as possible is critical because cats are known to go on hunger strikes. And that’s an especially grave concern for a diabetic cat because it can throw off blood sugar.

Admittedly, Dr. Linder says, “a lot of compromise happens.” Sometimes you have to feel okay about a cat’s accepting a better diet, even if it’s not the best one so that he’ll eat and be as healthy as possible. “At the end of the day,” she says, “you’re looking for acceptance of the food, consistency of the food, and quality of life.”

Dr. Linder recalls consulting on the case of a cat whose owner switched her pet’s dry food for canned, assuming that one cup was the same for either version. The change threw off her pet’s blood sugar so much that hospitalization was required. The cat’s blood sugar had gone dangerously low, putting her life in danger. The doctor has also seen forum boards recommending kitten food in place of therapeutic food for diabetes. “While there is some truth that kitten foods can often be high in fat and protein and lower in carbohydrates, not all foods are the same, and there can be much more variability in foods meant for healthy pets who can handle that variation,” she says. It’s not safe to go it alone.