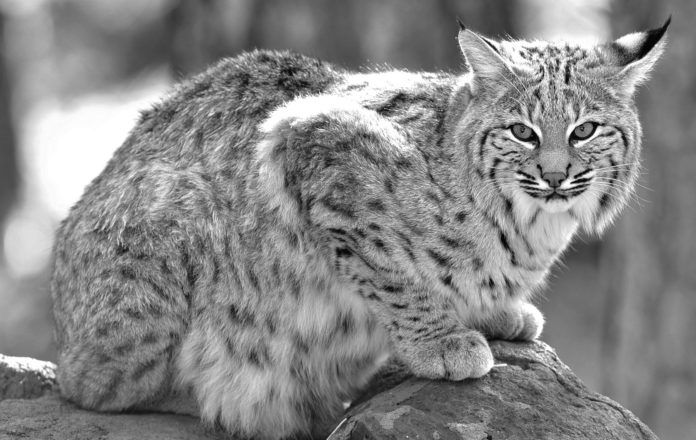 Researchers at Colorado State University have recently discovered a group of cancer-causing viruses in several populations of mountain lions, bobcats and domestic cats — raising questions about whether the previously undetected viruses could be transmitted between the cat species, and whether they could be the root cause of some cancers found in our domestic cats.

Testing approximately 300 blood samples from cats in three regions in Florida, Colorado and California, scientists found significant numbers of each species to be infected, which indicates widespread distribution of the newly identified viruses, according to Dr. Susan VandeWoude, a research veterinarian and associate dean in the CSU College of Veterinary Medicine and Biomedical Sciences.

The newly-identified viruses are part of the family of gammaherpesviruses that can cause lymphoma and Kaposi’s sarcoma in people, targeting those with HIV-AIDS and other immune-suppressing conditions. Other herpesviruses can cause fatal bovine disease when transmitted to cattle from host species, including wildebeest and sheep.

According to scientists, it is not yet known whether these novel feline viruses are associated with diseases in bobcats, mountain lions and house cats — but the link between gammaherpesviruses and disease in other species does raise the possibility. “We think there’s a chance these viruses could be doing something similar in cats,” explained Ryan Troyer, a research scientist in CSU’s Department of Microbiology, Immunology and Pathology. “Discovery of viruses and virus transmission is important because it can help us understand common and emerging diseases in animals and people. That’s the first step to stopping infectious disease.”

The research findings were published online in the Journal of Virology. According to the research paper, collaborators were able to identify gammaherpesviruses in bobcats, mountain lions and domestic cats after developing techniques to specifically detect the virus DNA in feline blood.

Wildlife ecologists collected blood samples from the bobcats and mountain lions in the course of separate studies related to the wild cats; they shared samples for the CSU study. Likewise, animal shelters across the United States collected and shared blood samples from domestic cats. In analyzing the blood collected from wild and domestic cat populations, researchers identified the novel gammaherpesviruses in three species — and further discovered the bobcat virus in some mountain lions.

The route of transmission remains unknown, but could occur when the animals fight in the wild, experts theorize. “Investigators have studied viruses of cats for many years, so it is interesting that this is the first time these relatively ubiquitous agents have been identified,” said Dr. VandeWoude. “This study suggests we still have a lot to learn about pathogens that exist in nature. We are not done making basic discoveries about potential pathogens in companion and wild animals.”

Included on the research team was Julia Beatty, an expert in feline disease at the University of Sydney, Australia, and who helped design the investigation during a visit to the CSU campus.