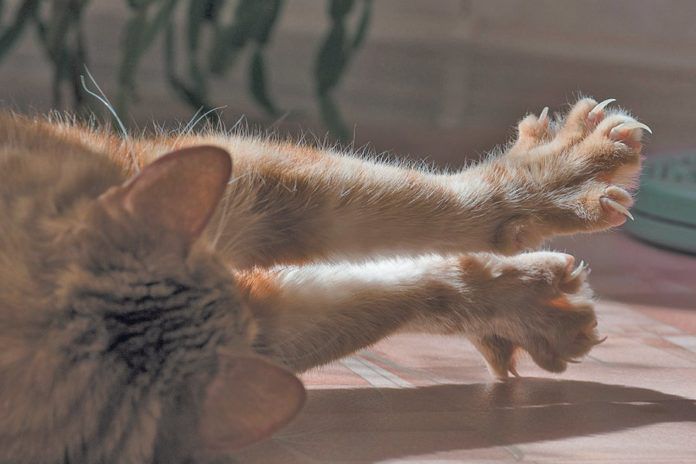 Declawing, the surgical amputation of a cat’s toes to prevent the regrowth of nails that may scratch people and property, will become illegal in New York State if a bill making its way through the Assembly is passed. The procedure is already prohibited entirely in the U.K., Israel, and Switzerland. And here at home, 10 California cities and Denver have also made declawing against the law.

Because of the inherent risks of surgery and post-operative pain, as well as making it impossible for a cat to defend herself or follow her natural instinct to use her claws, the practice has been deemed inhumane by many animal welfare proponents and veterinarians. They point out, too, that declawed cats sometimes turn to other forms of aggression to cope.