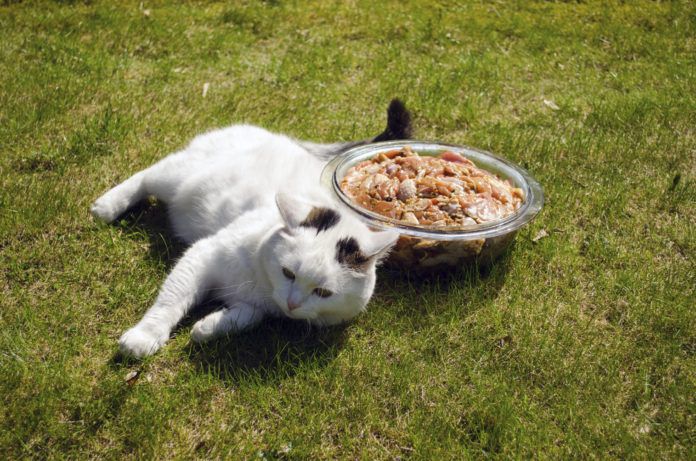 The feline pancreas is a slender strip of tissue, shaped somewhat like an upside-down L that is tucked snugly within the right-hand side of a cat’s abdomen, at a junction between the animal’s left kidney and her duodenum — the beginning portion of her upper intestinal tract. Despite the organ’s modest size, the multifaceted role that it plays is huge. Indeed, your cat’s good health depends on a properly functioning pancreas.

Serious pancreatic injury or disease can imperil an animal’s life, and the total failure of pancreatic function would kill her. Among all such threats, the most commonly diagnosed — and the most dangerous — is pancreatitis, or inflammation of pancreas.

Although veterinarians have been aware of this disorder for many years, the feline form of it continues to be puzzling in many respects, explains Arnold Plotnick, DVM, owner of Manhattan Cat Specialists, a feline-exclusive veterinary hospital in New York City. “It’s been very well documented and characterized in dogs,” he says, “but it remains a mysterious disorder in cats, mainly because it is very hard to diagnose. We have no simple, routine and completely accurate blood test that tells us for sure that a cat has it. A definitive diagnosis for cats remains tricky.”

To comprehend the potentially grave risks associated with feline pancreatitis, one must know a bit about how this glandular organ operates. Essentially, Dr. Plotnick explains, the pancreas plays two vastly important roles, one of which is the endocrine function. Although comprising only a small percentage of total pancreatic mass, endocrine tissue is made up of small clusters of cells called the islets of Langerhans. These cells produce insulin and glucagon, two hormones needed to control levels of blood sugar. The most common disorder resulting from an inadequately functioning endocrine pancreas is diabetes mellitus.

The other role that the pancreas plays, he explains, is the exocrine function, the major activity of which is to produce and secrete a potent fluid rich in enzymes that pass out of the pancreas and into the small intestine to assist in the digestion of fats, proteins and carbohydrates. Secretion of these enzymes may begin when a cat is hungry; merely thinking of food can launch the process. Or it can begin when the animal starts chewing and swallowing food.

While some cats may recover from an attack of pancreatitis spontaneously and without treatment, notes Dr. Plotnick, most will require prompt veterinary care, typically entailing clinical treatment and observation lasting several days or more. “And sometimes,” he says, “the animal’s pancreas doesn’t ever really go from super-inflamed back to normal. Instead, the disease process can involve chronic, low-level inflammation that continues indefinitely in the pancreas and can eventually manifest itself as ongoing digestive problems or even diabetes. Some cats can go on living with chronic pancreatitis, but others may develop related problems over time that could prove fatal.”

The causes of pancreatitis remain unknown. According to one theory, an animal’s natural defense mechanisms lead to digestion of the pancreatic tissue. Another possibility is that the disorder can be caused by too much fat in the diet or by ingestion of insecticides or other toxins. In some cases, physical trauma — being hit by a car, for example, or falling from a great height — has been associated with onset of the disorder. Various infectious diseases, such as feline herpesvirus, have also been associated with the onset of pancreatitis, as have such factors as adverse drug reactions, inflammatory bowel disease and parasitic infection.

Unfortunately, says Dr. Plotnick, none of these possible causes has been scientifically established beyond a doubt. “So we don’t really know what we can do to minimize the risk,” he adds. “In any case, however, you should have your cat examined if she’s vomiting a lot, refuses to eat, is extremely lethargic or is obviously losing weight.” It appears that cats of both sexes and of all ages and breeds are similarly vulnerable to the disorder, although no scientific evidence exists to support that notion either.

Disease progression in feline pancreatitis can take any of various paths. A cat can have a perfectly normal pancreas but suddenly develop — for no apparent reason — a very severe case of the disease, which could be fatal. In other instances, the animal may recover and never experience a problem with its pancreas again. But what often happens is that a cat will recover from an initial acute attack and later develop chronic pancreatitis, which will cause intermittent and typically minor attacks over time.

With each occurrence, there will be less inflammation, but there will be gradual scarring of the pancreatic tissue, which could eventually take its toll on the organ’s ability to function. Fortunately, pancreatitis — although the most common disorder of the feline exocrine pancreas — is relatively rare: Studies have indicated that the condition affects less than two percent of the overall cat population.

The most common clinical signs of feline pancreatitis include lethargy, anorexia, dehydration and low body temperature. Cats with this disorder may also develop an abnormal accumulation of fluid in the abdomen. And they tend to be jaundiced — their skin, gums, and the whites of their eyes, have a yellowish tinge. These signs, however, are frequently observed in cats with other disorders as well, such as liver disease.

The typical diagnostic procedure, says Dr. Plotnick, will involve a medical history of the animal, thorough physical examination, bloodwork and ultrasound imaging, which is likely to reveal a swollen pancreas as well as inflammation of the fatty tissue that surrounds the organ. However, he says, the most accurate indicator of the disorder is a sophisticated laboratory assessment called a pancreatic lipase immunoreactivity test (PLI), the results of which can support a veterinarian’s suspicion that a cat has pancreatitis. “The only way to reach a definitive diagnosis,” he says, “is by taking a biopsy of pancreatic tissue and examining it under a microscope. But that’s way too invasive and impractical. So the best tests are ultrasound and PLI. If these tests suggest the presence of pancreatitis, the cat probably does have the disorder.”

Treatment rarely involves surgery, according to Dr. Plotnick. “Almost always,” he says, “we focus on supportive care. We try to counteract inflammation and whatever other signs the cat is showing with medicine and fluid therapy. We want to make sure that the pancreas is very well perfused with blood, which would require a stay at the clinic for several days.”

In any case, a cat with this disorder is likely to refuse all food and may require surgical placement of a feeding tube to ensure adequate nutrition until her spirits pick up and she resumes her normal eating habits. “Assuming that the cat recovers and is sent home,” says Dr. Plotnick, “chances are that she will never suffer another bout of the disease. But others may have low-level chronic pancreatitis and will experience flare-ups repeatedly throughout their lives. In general, we like to repeat the PLI test every couple of weeks for a while to be certain that the cat is returning to normal. If the test indicates that this is the case, we would want to check her again every six months or so after that.” — Tom Ewing