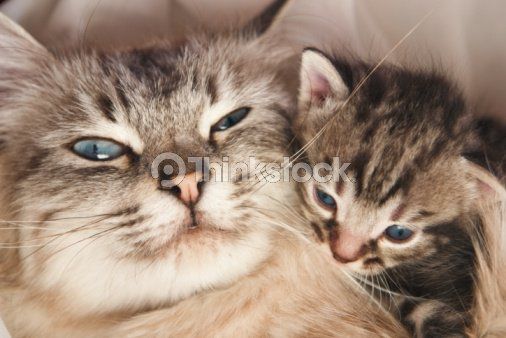 Mammary cancer is the third most common cancer of cats. Approximately one in 4000 cats will develop this feline version of breast cancer, and virtually all of those cats will be females and most will be middle-aged cats — say 10 to 12 years of age. Siamese are a breed at higher risk, and may develop this cancer at an earlier age than other cats.

Early spaying is best
Hormones play a major role in the development of mammary cancer in cats. Cats who are spayed at or before six months of age — and have never had a heat cycle — are very unlikely to develop this type of cancer. The protective effect of spaying continues until about a year of age with an increase in risk until two years of age, when spaying no longer appears to be protective.

“I encourage all owners to have their cats spayed at an early age. Mammary cancer in cats is often fatal, despite treatment, and our best weapon against it is prevention through early spaying,” explains John Berg, DVM, MS, DACVS of the Cummings School of Veterinary Medicine at Tufts University.

Hormones given as medications can also influence the development of mammary cancer. Cats — including males — who have been treated with progestins for skin or behavioral problems have an increased risk. Progestin-related mammary cancers are more likely to be benign, but still need to be surgically removed.

Most cats will be diagnosed when their families find a small lump while petting them or your veterinarian detects a nodule during your cat’s annual physical examination. Any nodule found along the mammary chain or at a nipple is cause for concern.

The malignant majority
Mammary cancer in cats — unlike dogs — tends to be uniformly malignant and very aggressive. In fact, about 90 percent of feline mammary tumors are malignant adenocarcinomas. These cancers are characterized by rapid growth and early spread (metastasis) to lymph nodes and the lungs.

If a lump is found on your cat, your veterinarian will take radiographs of the lungs — and possibly obtain an abdominal ultrasound — to look for any obvious spread. Aspirates of local lymph nodes may also be done to check for cancerous cells. Then, surgery will be scheduled, as surgical removal is the best treatment option at this time. A biopsy or needle aspirate of the growth may be done first, but because mammary masses in cats are almost always malignant, many veterinarians choose to skip this step.

Surgery to remove a mammary mass in your cat is likely to be fairly extensive. Depending on what your veterinarian feels on physical exam, your cat may have one gland removed, the entire chain of four glands on one side, or even both chains of mammary glands. The goal is to remove the entire cancer with a wide margin of normal tissue.

Your veterinarian will then submit the tissue to a pathology lab for a determination of the cancer type, and an assesment of the completeness of the excision.

If your veterinarian determines that both mammary chains need to be removed, the surgery may be performed in two stages to reduce discomfort and the risk of complications. One mammary chain is removed first, and the second two to three weeks later. Your veterinarian may choose to refer you to a board certified veterinary surgeon for growths that require extensive surgery.

Most cats have multiple glands involved at the time of diagnosis. A regional lymph node or two may be removed during the surgery to check for metastasis. While the incision may look overwhelmingly big to you, it’s important to know that incisions heal side-to-side, not end-to-end.

It is better to have a very extensive surgery that removes all the cancer than to leave some cancer cells behind. Your veterinarian will help your cat with pain medications and give you guidance on incision care and healing.

Your cat’s prognosis
The prognosis for a cat with mammary tumors depends on several factors. Tumors less than two cm in size have a better prognosis. Small tumors are less likely to have metastasized than larger tumors. It is also easier to obtain complete surgical margins around a smaller mass. Cats with multiple masses or a tumor greater than three cm in size have a poor prognosis. These cats often have cancer in their lymph nodes, as well. In general, domestic shorthair cats tend to do better than many purebred cats.

Once surgery has been performed, your veterinarian may discuss the possibility of follow-up chemotherapy. However, this method of cancer treatment has not been definitively proven to be of benefit for cats with mammary cancer. New drugs and new protocols are constantly being developed, so there may be help — and hope — for cats in the future.

Early detection is best
Your best weapon against mammary cancer is to catch it early. Plan on doing a full examination of each of your cats — even the males and spayed females — once a month. Set aside one day each month to thoroughly run your hands over your cat’s body, feeling for any growths or lumps. Your veterinarian should perform the examination once or twice each year.

“I can’t over-emphasize the importance of regular thorough examinations of the mammary glands in middle aged and older cats. Any mammary lump in a cat — no matter how small — should be removed, and the prognosis is definitely better for small tumors than for larger ones,” stresses Dr. Berg.

You should contact your veterinarian right away if you feel any changes.