Home Ask the Doctor Dear Doctor: Will my cat be okay with an amputated limb?
Print
Email
Facebook
Twitter 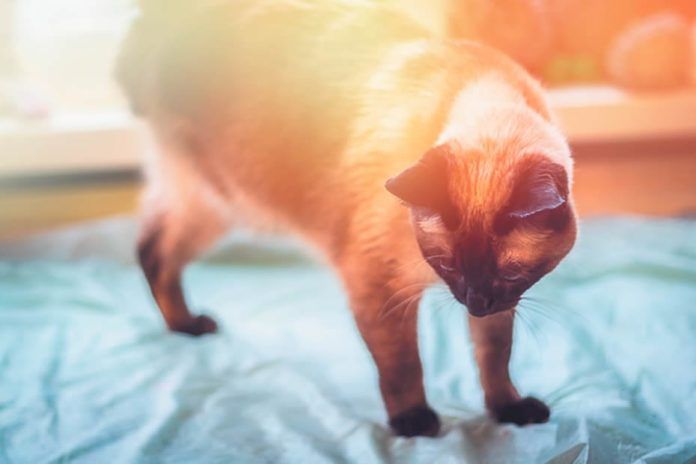 Q. My cat was in a terrible car accident. She’s going to live, but the veterinarian had to amputate one of her legs — there was just too much damage. Now I’m wondering if she will be okay — both to get around and also emotionally. Won’t she feel awful having only three limbs? I’m wondering if I should have just had her put down because her life is going to be so miserable.

A. You can rest easy. Your cat will be absolutely fine, both physically and emotionally.

First, the physical concern. The less weight an animal carries, the better she will do on three legs, and cats are extremely light-weight. They’re very athletic, in fact, and can do just fine without a fourth limb. Whether it’s a front or back one that has been amputated, the cat simply bears a little more weight on the opposite limb. “Clearly and unequivocally,” says Catnip editor-in-chief John Berg, DVM, “amputation of a cat’s limb never creates a functional problem unless there is a severe problem in one of the remaining limbs or the cat is seriously obese.”

Nor does it create an emotional one. As beautiful as cats are, “a cat has absolutely no concept of her appearance,” Dr. Berg remarks. There’s no preening in front of a mirror. “The emotional discomfort is all the owner’s,” he says. Nor do other cats care. A cat would never be shunned by fellow members of her species because of how she looks.

You absolutely did the right thing. A leg that no longer works because of nerve damage or some other cause only becomes a burden to a cat and, in some cases, susceptible to problems like infection.