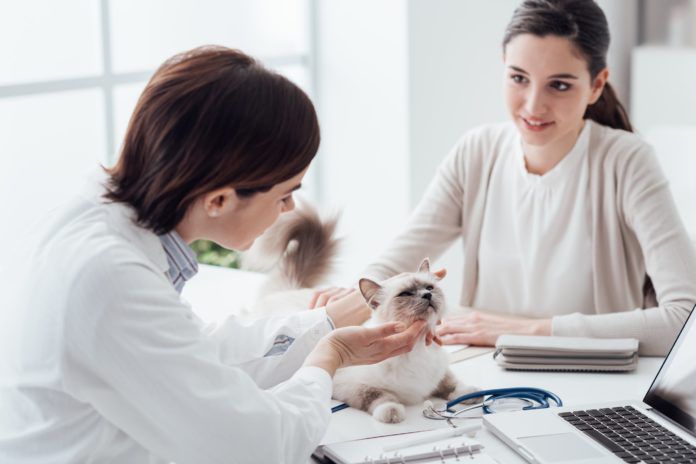 Q. I am the director of a small-town animal shelter, and we recently took in a two-year-old Bengal who was living with his owner in a meth house. This poor cat was subjected to his owner’s drug use for most of his life, and he is now suffering the consequences.

He suffers from hallucinations, obsessive grooming and blindness — all the while being an incredibly sweet and affectionate cat when not experiencing the after-effects of this terrible drug. He’s been with us for several months now and we assume that he has gone through withdrawal.

There is very little information out there about how to help an animal that has been affected by an owner’s drug abuse. We currently give him melatonin treats every day, which have helped calm him down, and he also wears a pheromone collar. When he’s in the middle of a hallucination, he cries, stiffens up or stands on his hind legs and runs backwards.

He can’t get himself out of a corner. He obsessively rubs his face against the wall. When he’s experiencing a hallucination, we wrap him up and hold him like a baby, gently stroking him and talking softly until he calms down.

We love him — he’s a favorite of all the volunteers — and he will stay with us forever unless we manage to find a home for him, but we want to help him overcome the terrible things that he has experienced. We are hoping that you have some helpful advice.

Cats can be exposed to drugs by inhaling smoke or microparticles, by direct ingestion or licking paws or fur where drug residues might be present, or by malicious more direct administration methods.

I think it is safe to say that this kitty is not showing signs of addiction because most drugs have fairly short durations in the body. As drugs are eliminated from the body, a truly addicted animal might undergo withdrawal symptoms — and these vary depending on the drug in question.

The signs of methamphetamine withdrawal are fairly mild in humans and research animals (signs of depression or decreased motivation), and the process is reported to be complete within seven to 10 days. More concerning is that the human data show that chronic methamphetamine use can cause changes in cognitive function, psychiatric disorders, immune dysfunction and alter a patient’s response to stress.

Because this cat is demonstrating altered behaviors, and is blind, he could well have long-term damage due to methamphetamine exposure. Alternatively, he may have been negatively impacted by a stressful environment or trauma, which can cause its own long-term behavioral problems.

For that reason, I would suggest that you have him evaluated by a veterinary behaviorist. These specialists will be able to assess his behavior abnormalities and suggest lifestyle adjustments and additional medication options to help him with his disability. It would be remiss of us to prescribe treatments for him without having evaluated him in person, as much as we want to help.