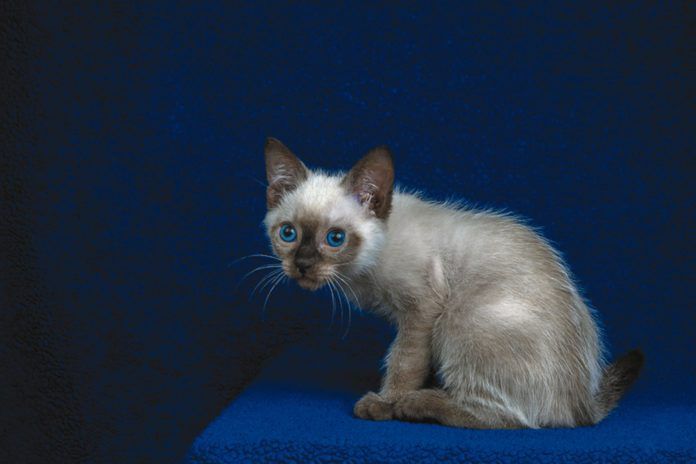 Ask someone with a cat what happens if the pet wants breakfast at 4 A.M. and you don’t feel like getting up and feeding her. They’ll keep annoying you until you do,” says Alicia Karas, DVM, a pain specialist at the Tufts Cummings School. “But when they’re not feeling well, they act more like prey species rather than the predators they are,” Dr. Karas comments. “They lie low. We don’t really know why. Unless you’re very astute about reading your pet,” you’ll very likely miss the cues.

Dr. Karas recommends taking both still photos and video of your cat when she is healthy and filing them away in your mind. Then, if your sixth sense suggests something is off, you can compare her face, her posture, her movements, to what you see in the footage you took to look for differences between “normal” and what you think you might be seeing now.

“It’s not so easy to discern between normal cat expressions and behavior and abnormal,” the doctor says. But if you keep a record of your own particular cat’s “normal,” you’ll be clued in better when something is off. Here are some other things to check for outright pain or even discomfort. Many are about diagnosing arthritis — a common problem for cats as they age. Whatever the problem might be, if you suspect your cat is in pain, it’s important to get her to the veterinarian to find out why — and bring her relief.

1|Your cat’s nails are usually pretty short because she uses a vertical cat scratcher. Now they’re longer than usual. This can be a sign that your pet has increasing musculoskeletal pain from arthritis as she ages, Dr. Karas says. A cat whose arthritis is bothering her may not be able to use a vertical cat scratcher because it’s hard for her to stand comfortably on her hind legs. (You can buy a horizontal scratcher if your arthritic cat doesn’t like having her nails trimmed.)

2|She is peeing outside the litter box, and bladder problems have been ruled out. This, too, can indicate creeping arthritis. Dr. Karas points out that if a cat is in pain from compromised joints, “it’s going to be awfully hard to get her stiff body into the box, turn around, and crouch — more so if the box is the covered type, a little hut of sorts that she has to slip into to do her business.

3|The cat is losing weight, and a disease that would cause a loss of appetite has been ruled out. Sometimes it’s not a dire problem like cancer or kidney disease that makes a cat not eat. If you feed your cat on the kitchen counter so the dog can’t get to her food, for instance, she may not be able to jump up on it anymore without pain.

4|Lower head posture. A lower head posture frequently signals either low-level or high-level pain, according to a panel of 19 international veterinary experts in feline medicine.

5|Cat not as underfoot as usual. Withdrawing/hiding was found by the panel to be a frequent indicator of both low-level and high-level pain.

6|Absence of grooming. The expert consensus is that a lack of grooming is frequently accompanied by pain. It makes sense. To groom, a cat has to curl herself into different positions, any of which may add to discomfort. It’s hard to engage in any routine habits when pain is a factor, even if the habit itself doesn’t add to the pain. That’s why you want to be aware of your cat’s normal behavior in general — so you can tell what abnormal is.

7|Hunched-up posture. Think of yourself in pain. If it’s quite bad, it might be hard to stand up straight.

8|Ears pointing out rather than up. Researchers in Glasgow, Scotland, have created a cat pain scale with pictures, much like the pictures of smiling-to-ever-more-grimacing faces for the human pain scale. It was developed for veterinarians to assess the pain of cats in the hospital, but there’s reason to believe it might be useful at home, too. A comfortable cat has ears that point up. The more flattened out to the side the ears are, presumably, the more poorly the cat feels.