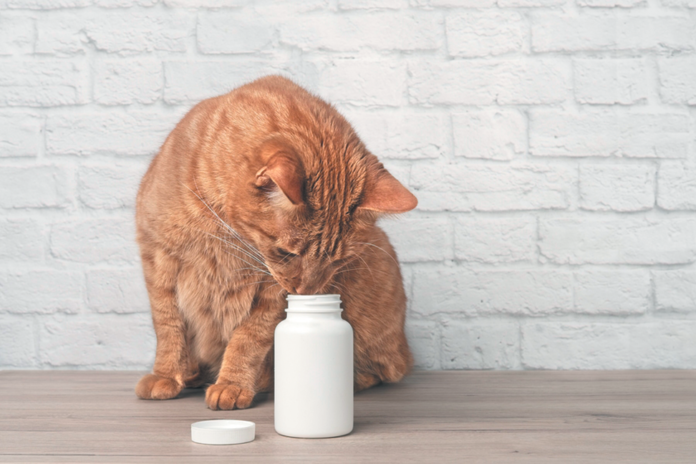 It is very easy to find probiotics marketed for cats with claims they can maintain or improve digestive health. The “good” bacteria they contain are supposed to keep things on an even keel and prevent or ameliorate diarrhea and other gastrointestinal ills. But finding the right product is easier said than done. About 10 years ago, the Canadian Veterinary Journal published a landmark study on probiotics for pets with some disappointing results. Of 25 commercially available probiotics tested, only two met criteria for quality control. Ten did not even list the bacterial counts in their merchandise, a critical point because the number has to reach a certain threshold to have a chance of doing any good.

Of the 15 products that did list bacterial counts, only one in four actually contained what the label said. Some mentioned bacteria that don’t exist, while others had bacterial counts that were too low to effect any beneficial changes.

The problem isn’t just how the products are manufactured. It’s also that claims for what probiotics can do for your pet are often out in front of any solid proof. “We still have only limited evidence that probiotics work,” says internationally renowned microbiology researcher J. Scott Weese, DVM, of the Ontario Veterinary College and the author of the original research. “The few studies that have shown some impact haven’t been too impressive.”

For instance, improvements in pets’ bowel movements in clinical research — less constipation, less stress-related diarrhea — has ranged from about 10 to 30 percent. That’s statistically significant from a scientific point of view but not something that would look like much of an improvement at the litter box. For that reason, Dr. Weese says, “we’re still largely in a buyer beware mode where it’s hard to have much confidence.”

The two products that passed muster for quality control in Dr. Weese’s research are FortiFlora and Prostora (marketed for dogs). “Additionally,” he says, “a newer product that wasn’t around when we did the original testing is VSL#3. It has been shown to have some positive impact in dogs with chronic diarrhea, and the results may translate to cats, too.

“It is impossible to predict whether a probiotic will work,” Dr. Weese adds. No one knows ahead of time whether it will cut down on, say, “explosive” bowel movements resulting from stress or some other cause. “But trying one that has good quality control and some scientific data is reasonable. If there’s no response, then move on.”