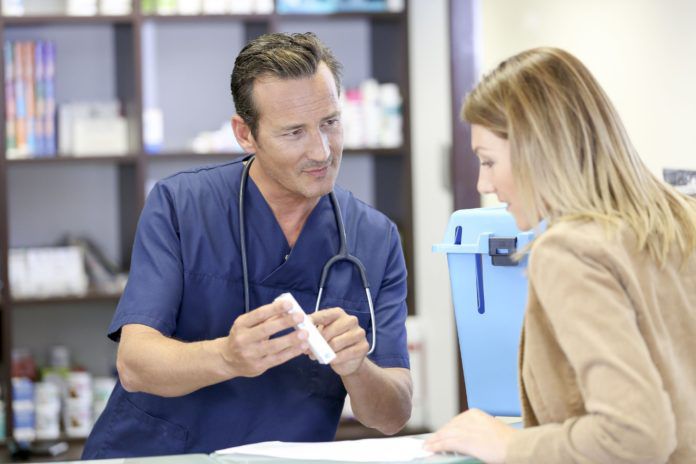 Over the last two decades, probiotics have become a hot topic in both human and veterinary medicine. An enormous body of research has clearly indicated that probiotics can cause a positive change in the intestinal bacterial population when pathogenic bacteria overtake the gastrointestinal tract. Probiotics have also been shown to have a beneficial effect on the immune system.

Probiotics should not be confused with prebiotics, however. Prebiotics are non-digestible food ingredients that stimulate the growth of bacteria in the gastrointestinal tract. Probiotics, on the other hand, are actual live bacteria that, when administered, provide beneficial effects to the host.

The bacteria in the gastrointestinal tract (the “microbiome,” formerly called the intestinal “flora”) make up a complex ecosystem comprised of good bacteria and bad bacteria. They live together in a delicate balance. When this balance gets disrupted or altered (called dysbiosis), the bad or pathogenic bacteria can overgrow and produce toxins. This can lead to symptoms such as diarrhea, flatulence and abdominal pain.

Two major mechanisms have been proposed to explain the beneficial effects of probiotics: the production of antibacterial substances, and the inhibition of pathogenic bacteria and their toxins from adhering to the intestinal lining. Probiotics also regulate the intestinal immune response. In some cases, they enhance the immune response against microorganisms and dietary antigens. In other instances, by down-regulating the immune system, they can prevent the onset of intestinal inflammation and allergic response.

For example, carbohydrates are fermented by bacteria in the intestinal tract, resulting in the production of short chain fatty acids (SCFAs). These SCFAs act as energy sources for the host, regulate intestinal motility, serve as growth factors for the cells lining the intestine and have direct anti-inflammatory properties.

However, the role that probiotics play in feline medicine isn’t yet clearly defined. Studies focused on the use of probiotics in health and disease is an ongoing process. Many studies have assessed the impact of probiotics in healthy dogs and cats, and a large number of these studies have shown positive effects. How this translates to disease states is unknown, however. No study has found any major negative effects when probiotics are given to healthy animals, suggesting at least that they’re safe to use.

At my own cat hospital, I sometimes prescribe probiotics for acute diarrhea, with mixed results. Some cats respond dramatically, while others show minimal improvement. Often, I recommend a prescription diet at the same time, making it difficult to determine exactly which product is causing the improvement. I have never seen any adverse effects from the probiotics, however.

There are even fewer studies on the effect of probiotics on cats with chronic intestinal disorders. In one study of cats that had chronic diarrhea (longer than three weeks duration), cats given a probiotic showed improved fecal firmness in 72 percent of the cats that received it. In my practice, the majority of cats with chronic intestinal disease have either inflammatory bowel disease or low-grade intestinal lymphoma.

Most of these cats do well on anti-inflammatory medication and/or chemotherapy, in combination with dietary modification (usually a hypoallergenic diet). Because the main clinical signs in these cats were weight loss and/or vomiting — and not diarrhea — probiotics were usually not considered in the treatment protocol.

Interestingly, because they have potential effects on the immune system and on inflammation, probiotics have been evaluated for use in several non-gastrointestinal illnesses, including allergic dermatitis, urinary tract infections, and respiratory infections. As with the studies on gastrointestinal illnesses, the results of these studies are inconsistent and difficult to interpret.

In conjunction with antibiotics

Many doctors (and some veterinarians) administer probiotics to prevent antibiotic-associated side effects, i.e. diarrhea, vomiting or poor appetite. This is a common problem in people, and most veterinarians have experienced this problem when prescribing oral clindamycin and amoxicillin to their patients.

In conclusion, a clear role for the use of probiotics in cats is not evident based strictly on studies in the veterinary literature. Studies in healthy dogs and in dogs with GI disease and non-GI disease do show an effect on the gastrointestinal bacterial population and on the immune system, but the clinical benefits remain ambiguous. Evidence for beneficial effects in cats is even weaker, as there are fewer studies to evaluate.

Obtain probiotics from your vet

Because quality control and ingredients can be an issue, it is best for the pet owner to obtain probiotics directly from his or her veterinarian. Two products that are considered safe are Fortiflora and Benebac. To try to wade through the various products online or at a local pet store leave too many variables to chance.

There are no reports of any danger in using probiotics, and many veterinarians (myself included) and pet owners report anecdotal benefits of probiotics, especially in reducing stress-related diarrhea and in decreasing the time until resolution of clinical signs. — Arnold Plotnick, DVM, DACVM