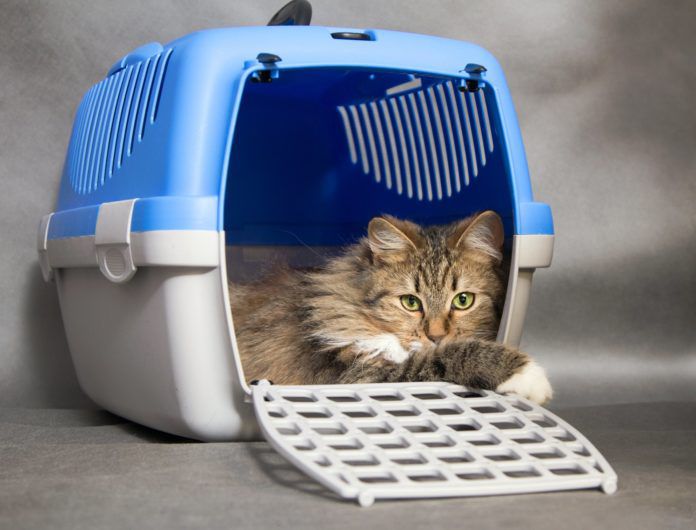 Like many cats in a multi-cat household, Ivan and Natasha live together bound by a mutually agreed-upon peace treaty. Indeed, there’s an occasional breach when one crosses the other’s claim to a toy or cherished napping spot — but that doesn’t terminate treaty relations. However, there is one major treaty violation that makes it clear that this isn’t a non-aggression pact: the veterinary visit. It doesn’t matter if they go to the vet together or separately. Once back home, there are no consoling purrs. Natasha lights into Ivan with a barrage of aggressive behaviors as if she doesn’t recognize her peace partner.

This type of intercat aggression between household cats is known as feline non-recognition aggression, and it can occur when a resident cat leaves the house for a period of time to visit the groomer, boarding facility or veterinarian’s office. Additionally, it isn’t uncommon for one or more cats to act aggressively toward the returning cat.

“The issue of non-recognition aggression is not well understood, unfortunately,” says Stephanie Borns-Weil, DVM, head of the Animal Behavior Clinic at Tufts. “Some behaviorists consider it to be a form of territorial aggression that reasserts itself when a cat leaves and then returns. Others consider it better explained as redirected aggression.”

To us, the returning cat is the same cat. But the home cat utilizes the olfactory sense to interpret a foreign invader in the territory. Cats communicate using body language — visual, vocal and, perhaps most importantly, scent cues. Each cat has a signature scent that is distributed when cats sleep together, groom each other or casually rub against one another, creating a communal scent of their home territory.

The returning cat’s recognized smell is overlaid with a menagerie of smells from the veterinary clinic environment, which may include other pets, people, medications, treatments and cleaning products. The returning cat may release fear pheromones or, if the cat is taken to the vet because of an illness, may smell sick. These smells smack the home cat right in the nose and are registered as a threat — or perhaps as a reminder of a fearful experience.

The home cat cannot respond to the direct threat or fearful experience so he redirects the aggression toward the nearest substitute, which is the returning cat, theorizes Dr. Borns-Weil. “Alternatively, the cat that had been away may redirect his or her fear experienced during the absence on the housemate. Now it’s game-on for both cats. Non-recognition aggression can be dangerous for the cats, and it can even be redirected to humans.”

“The home cat may display offensive aggression characterized by flattened ears, a hard stare, growling and/or an attack,” says Dr. Borns-Weil. We may think of the returning cat as the defensive cat, but she cautions, “The home cat, if motivated by fear, may also show defensive, aggressive body language characterized by a ‘Halloween cat’ posture, hissing, swatting and/or attacking.” Some subtle signs to watch for include narrow, constricted pupils in the attacking cat; dilated, wide-open pupils in the defensive cat; and raised hair along the shoulders and tail is a common sign in both the attacking and defensive cat.

According to Dr. Borns-Weil, the aggression can last for a short duration or even persist long term. “It varies between cats because much depends on the response of the returning cat. The longer the aggression continues, the more challenging it is to treat,” she says. “Never let the cats fight it out; fighting doesn’t resolve the underlying issue and it doesn’t end well for either cat.”

She recommends treating non-recognition aggression with separation as soon as possible, and then making a gradual reintroduction. Once home, the cats should be separated for a period of time ranging from a few hours or several days. This allows the returning cat to calmly settle back into the home environment and regain the missing mojo after the stress of the ordeal before reuniting with the housemate.

This cat may also need quiet time to recover from anesthesia or recoup from illness. Be sure to set up the space with a set of resources including food, water, litter box and bedding. “The reintroduction should be gradual, from across a large room while providing cats with food, for example,” says Dr. Borns-Weil.

The old adage ‘prevention is the best medicine’ may apply to non-recognition aggression: It’s circular and it starts at home before you ever leave, according to Dr. Borns-Weil. “The best preparation is to make sure that the cat’s vet visit is as low stress as possible. If the cat who is leaving feels calm and confident, the experience will therefore be less disturbing. As a result, it may be less likely to trigger aggression upon return.

“To do this, I recommend that all cats be desensitized to their carriers and car rides long before they need to go to the veterinarian. These are life skills that should be taught to all kittens. However, for cats that are adopted as adults, the skills can still be learned. Also, minimally stressful handling should be used by the vet and technical staff. Excessive restraint should be avoided. If needed, sedation should be used to facilitate a low stress visit.”

For pet owners with mixed households of both cats and dogs, non-recognition aggression is mostly non-existent. Dr. Borns-Weil, explains, “Dogs do not demonstrate reintroduction aggression, so there is no real concern that the resident dog will show aggression to the returning cat. It is possible — though not likely — that a cat will show aggression toward a dog that is returning from the vet, but territoriality is generally something that is displayed to other cats, not individuals of different species.

“Of course, there are exceptions. If the cat was fearful of the dog before leaving the house or before the dog was taken out, he or she will be fearful when the dog returns and could, as such, display fear motivated aggression.” — Ramona Marek, Ms, ED