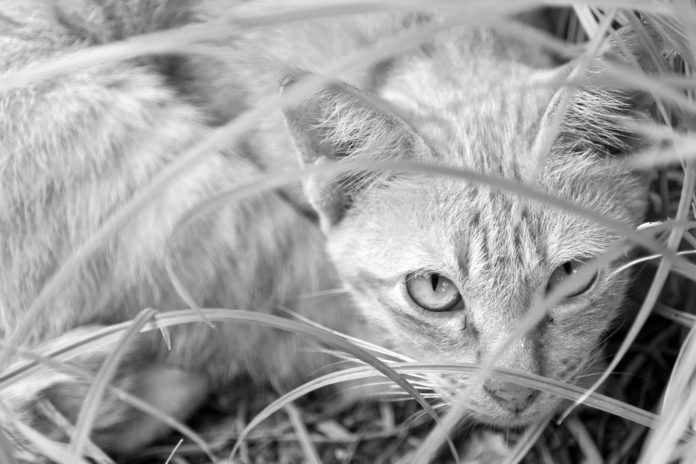 When it comes to cats, the term “shy” covers a lot of territory. Some shy cats are just very quiet and timid. Some get along well with their fellow felines, but want nothing to do with people; these “people shy” cats often flee or lash out when approached by humans.

Then there are those “cat shy,” socially awkward cats who don’t seem to properly understand feline social signals, and who withdraw from all but the most fleeting interactions with other cats; their social maladroitness, edginess and unpredictability can lead to prickliness, tension and fights.

Some “shy” cats can become uncomfortable or fearful when faced with novel people, animals, experiences and situations: Some hiss, spit or even attack, while others flee and hide at the first hint of anyone or anything unfamiliar.

What’s Wrong with a Shy Cat?

What most cats described as “shy” have in common is that their owners are unhappy with the amount or quality of sociability they exhibit and the level of social interaction they allow. Sometimes the problem is that the owner craves a closer relationship with the cat.

In other cases, the shy cat’s behavior is a problem because it’s having a deleterious effect on other cats in the family, by adversely affecting group harmony. A cat who is consistently standoffish or jumpy — or who reacts badly to friendly overtures or who is unusually fearful and always on edge — can adversely affect the tone and mood of the whole household.

Because cats have such a longstanding (if inaccurate) reputation as being unsociable and aloof, many owners see no point in trying to alter their “shy” cats’ social behavior patterns. But, in fact, there are lots of ways to go about coaxing more harmonious and satisfying interaction from even the most determined “under-the-bed-kitty.”

In a surprising number of cases, “shy” cats — whether their main problem is with people or other cats — can be persuaded that social interaction can actually be fun and rewarding.

The keys to success are food, play and patience (especially patience!). If the cat’s timidity is based on fear, gentle and patient desensitization can help lessen that fear, lowering the cat’s overall stress level and improving his mental, emotional and psychological health — while also making him a better companion. As intelligent and adaptable animals, cats can change — if you can figure out how to make it worth their while.

Feline temperament is a complicated phenomenon, and one that has been seriously studied only recently. “Too bad we don’t have some kind of universal rating system or accepted way to place cats in temperament categories,” says Nicole Cottam, MS, ACAAB, Behavior Service and Research Coordinator at the Tufts Cummings School of Veterinary Medicine. “The closest scientific device is a ‘temperament test.’ These kinds of tests use various ‘challenges’ and help categorize a cat’s reaction to specific stimuli.”

Cottam cites the work of Stephen Budiansky, author and astute observer of cats. In his book, The Character of Cats, Budiansky describes research performed at Cambridge University, where cats were scored based on observed behaviors in these categories:

Cats with high scores as both “active” and “curious” were deemed “Alert.” Cats who scored both high on “sociable with people” and low on “fearful,” “hostile” and “tense” were deemed “Sociable,” while cats with good scores on “Equable with other cats” were deemed “Equable.”

These three traits — Alertness, Sociability and Equableness — were then used to group cats into three “temperament types:”

Here’s something you can try for yourself. Observe your cat for several minutes, over several days. Record how many times he exhibits behavior consistent with the seven above traits. Then, summarize his ratings in the three categories: Alertness, Sociability and Equableness.

This observation is key in determining how successful an owner is likely to be in increasing the sociability of a given cat: You need to both pique natural alertness and curiosity, while also reducing fear.

Budiansky points out that there are both inherited and learned components of sociability in cats. Studies in colonies of laboratory-raised cats showed that kittens whose fathers were friendly towards people were easier to handle at one year of age than kittens whose fathers were unfriendly — whether or not those kittens had themselves been frequently been handled at a very young age.

But early handling — especially between the ages of two to three weeks and seven weeks — was also critical in determining later sociability.

So, to raise a perfectly sociable cat, ideally you would choose one whose father is friendly towards humans, and handle that kitten frequently from a very young age. Unfortunately, most cat owners have no way of knowing how sociable their cats’ fathers were, and most kittens are not placed into permanent homes until that golden period for early handling has long passed.

However, it’s also been shown that kittens who grow up — from earliest kittenhood — among a group of friendly adult cats, and who remain with their mothers and littermates for an extended time, are likely to have less fear and hostility towards novel people, animals and situations. Very young kittens are naturally curious and unafraid, and more so if their mothers are present during their early encounters with novel situations.

So even if you can’t choose your kitten’s father, you can choose a kitten who has been raised in an open, friendly environment with his mother and other cats.

And while you can’t force a cat to be more sociable than he wants to be, you can optimize his environment to maximize his chances of social success at any age.

Tips to Socializing a Cat

When introducing a new cat into a home with other cats, it’s vital that you prevent negative first experiences (all-out chases, attacks). You should isolate the newcomer and make introductions very gradually.

Play can help acclimate a cat to a new home, or help ease the fears of a scaredy-cat. “If the cat can be enticed to play, it’s a good sign that he’s not too fearful,” says Cottam. But always proceed slowly, at the cat’s comfort level. “Stop if the cat seems frightened by fast movements, or when approached by a person.”

If the fearful or new cat has made a cat friend, always have the friend present during playtime and socialization sessions.

“The quickest way to a cat’s heart is through her stomach,” says Cottam. “Use food treats, as well as play, as natural reinforcers. Over time, the presence of a person becomes a ‘good thing’ because it predicts the availability of the food treat.”

Clicker training can be a good way to accustom a reticent cat to become more sociable. “Initially, the cat is just after the food rewards,” says Cottam,”but many cats will come to stick around for the interaction.” Always keep it casual, low-stress and fun.

Then, there are the really tough cases. A cat with a long-standing aversion to human interaction can be a challenge to even the most patient of owners. There are some cats who get along perfectly well with their fellow felines, but draw the line when it comes to humans. One of these is eight-year-old, Hazel-Marie.

Hazel-Marie is a beautiful, healthy, well-behaved dilute torbie. Born in a feral colony, she was adopted at eight weeks, along with her brother, Syvert the Bold. Both kittens were terrified at first, but Syvert soon lost most of his fear of people and now enjoys a reputation as a snuggle-bug. Not Hazel-Marie.

Though she enjoys snuggling with some of her feline housemates (especially her best friend, Sir Silver), Hazel will permit no touching, no handling and no petting by humans. It’s unclear whether she’s just not interested in human interaction, or actually fearful of people.

She seems to have a particular wariness of and aversion to moving human hands. She adores interactive play, especially with “Da Bird.” The big questions, though, are “Why is she still so wary of humans, after living happily in a home with several very human-friendly cats for many years?” And, “Can this particular ‘leopard’ ever change her spots?”

Acceptance is Best for Timid Cats

“There is no guarantee a particular cat will ever become reasonably sociable,” says Cottam. While both nature and nurture play a part in a kitten’s reaction to potentially fearful stimuli, a cat’s owner usually has no way of knowing which of the determinants of fear a particular cat possesses. “Our kittens come to us with a mix of both genetic fear factors (unconditioned stimuli like predators), and environmental influences (inadequate early socialization, sensory isolation during development, traumatic aversive experiences, early learning, and more) that we can’t control.”

What we can do is to provide the safest, most enriched environment we can, encourage exploration, reward appropriate curiosity, and offer the cat as much opportunity as possible for a diverse range of social interactions.