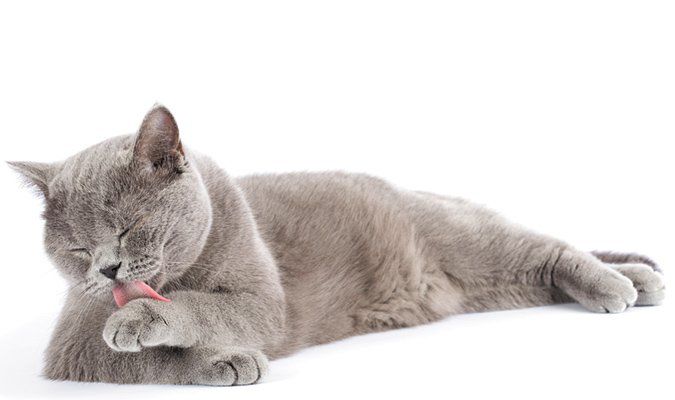 You know those spikes in the ground as you leave the airport car rental parking lot with the signs telling you not to back up? That’s an approximation of the hundreds of hooked spikes on a cat’s tongue that face backwards, toward the throat, giving it its rough feel. And now scientists are getting a better understanding of why these tiny claw-like tongue spikes are there.

One reason is intuitive. The little spikes allow cats to groom themselves more efficiently. If you spread out all of a cat’s hairs, they would have the surface area of a ping pong table. That’s a lot of area in which dander, pollen, and other “dirt” gets trapped and needs to be cleaned out with a thorough raking.

But researchers at the Georgia Institute of Technology have also found that the spikes are hollow, straw-like tubes. Apparently, they take up a cat’s saliva in the mouth, which gets deposited in between the hairs as a cat licks itself and then drips down to the skin. The saliva is not only a powerful cleaning agent but also a coolant. Based on measurements taken with a thermal camera by the researchers, a cat’s saliva can cool a cat’s warm-to-hot skin by as much as 31 degrees Fahrenheit, allowing her to be much more comfortable.

It turns out that the tongues of the big cats — bobcats, lions, snow leopards, tigers, and cougars — function the same way.