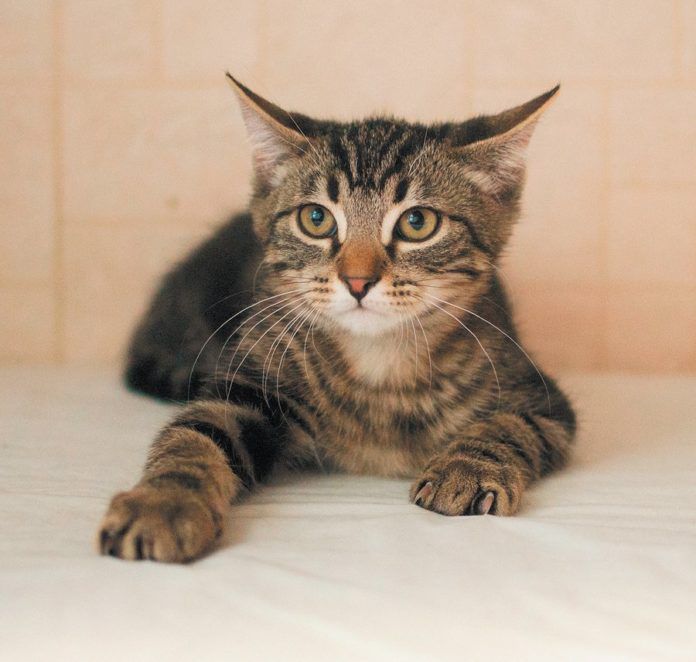 If your cat lashes out at you or hisses and growls, or if she’s swishing her tail back and forth, you know she’s not happy. But can you tell her mood by the state of her pupils? Or how her whiskers look? You might think your cat is apt to keep her emotions to herself, but the signs described here will let you know if she feels something’s amiss.

1|Pupil size. When the pupils — the black part of the center of the eye — dilate to the point that they block out most of your cat’s eye color, it can mean your pet is in fight or flight mode. Tread carefully.

2|Ear direction. If a cat is feeling threatened or uneasy, her ears may rotate. But if she’s flat-out angry, her ears will go flat out to the sides. Flattened ears could even signify she’s considering an attack.

3|The tail tells. A tail flicking back and forth could certainly mean your cat is in no mood — or ready to pounce. But a cat who holds her tail low while standing could be annoyed about something, too. It might not be the best time to reach out and try to stroke her.

4|Fluffy. If your cat is looking particularly puffed up, it means she’s angry. Making herself appear bigger is intended as an act of intimidation. Give her some space.

5|Purring. This is a hard one because purring so often means a cat is happy. But if a cat has exhibited other signs of stress and is purring, do not take it as a signal that all is well. It’s a signal that all is not okay, and the cat doesn’t want any more of your attention. Too many people end up with scratches in the mistaken belief that a purr always signifies calmness and contentment.

6|Staring at you without blinking. If a cat stares at you from a distance without breaking her gaze, she could be perceiving herself to be initiating confrontation. Oftentimes, that unwavering gaze means she’s mighty annoyed at you and wants to settle who has the upper paw.

7|Prominent whiskers. If a cat’s whiskers become prominent and the muscles of her face become tight, she may feel threatened and defensive. It’s definitely time to give her space.