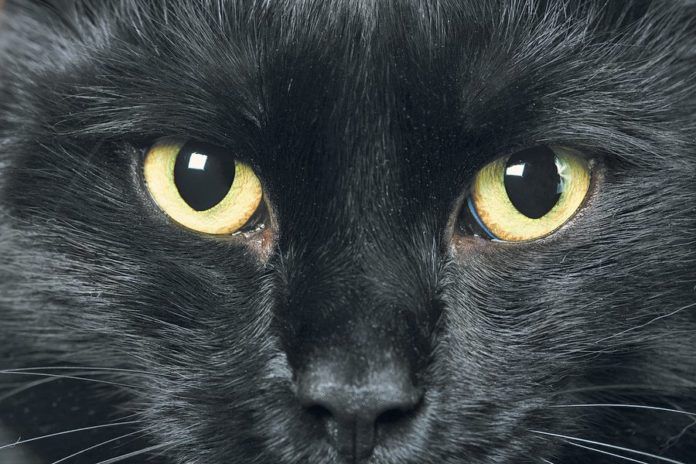 Q. I think one of the things that makes cats so attractive is their large eyes. But are they really large, or do they just seem that way because of their relatively small heads?

A. It is not an optical illusion. Cats’ eyes are quite large, relatively speaking, so much so that if our own eyes were proportionately the same, they would stretch 8 inches across the human face. Cats, in fact, have the largest eyes of any meat-eating animal.

Their eyes beat ours out in other ways, too. For instance, when a cat looks straight ahead, his visual field of view stretches 200 degrees, letting him see things well out to either side. For people, the field of vision is limited to 180 degrees. And the acuity of our peripheral vision pales in comparison. That’s because cats have a high-density line of vision cells across the retina called the visual streak. That streak of cells lets them focus sharply on objects at a distance, even when observed from the corners of their eyes.

Finally, cats have a layer of highly reflective cells behind the retina, at the back of the eye, called the tapetum lucidum. It allows them to see much better in the dark than we do. Think of an antique candleholder with a mirror behind it. It lights up a room better than if there were no mirror because light is coming both from the lit candle and from the reflection of the candle in the mirror. That’s how it is with a cat’s eyes. They need only one sixth the light on an object that we do in order to be able to see it. Dogs’ eyes have a tapetum lucidum, too, but they are still only about half as efficient as cats for making use of any available light in order to see in the dark.